Why Mix it... When We Can Deliver it! 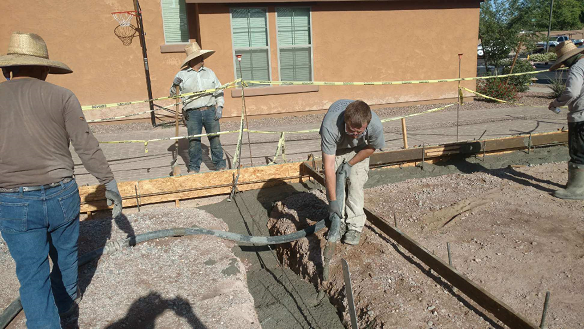 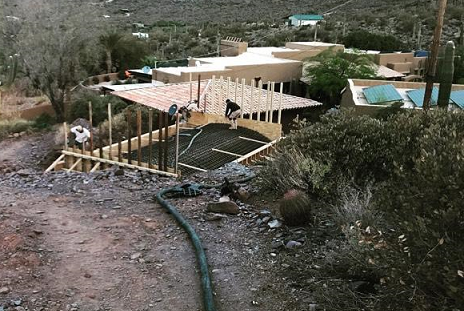 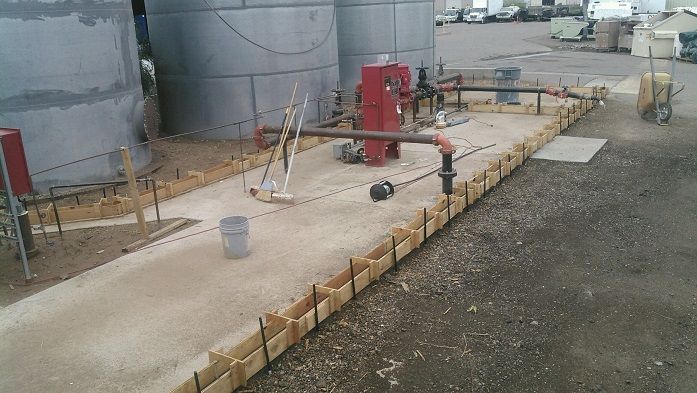 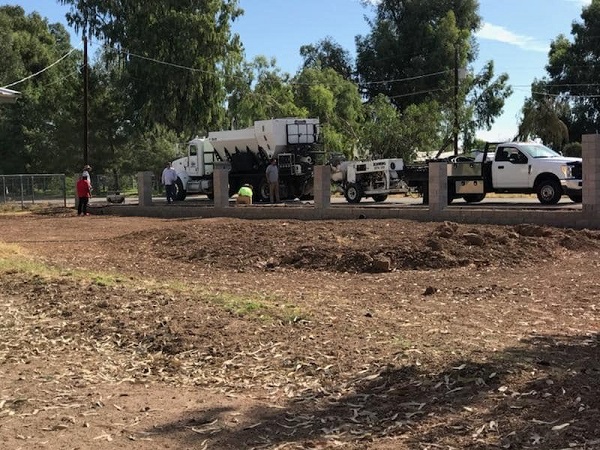 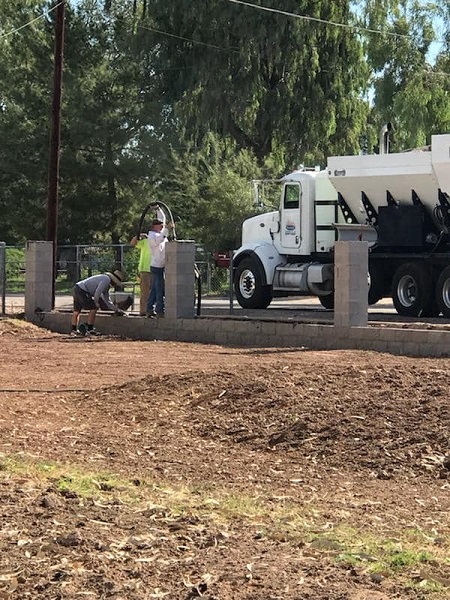 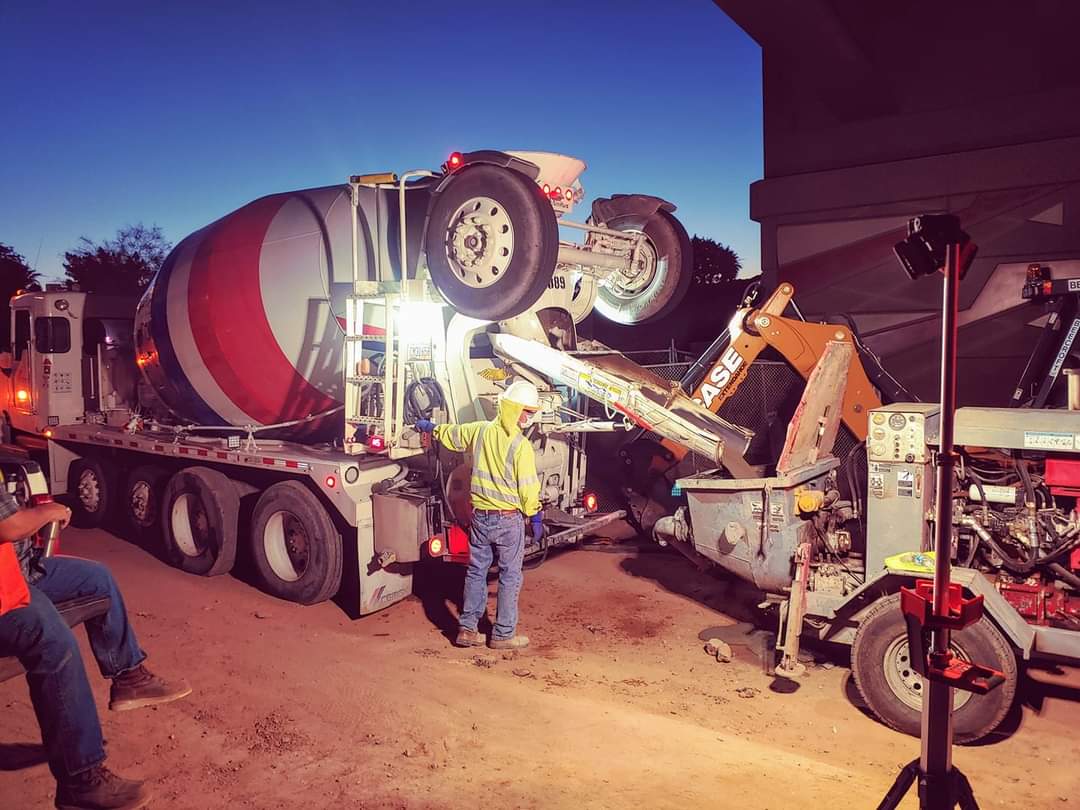 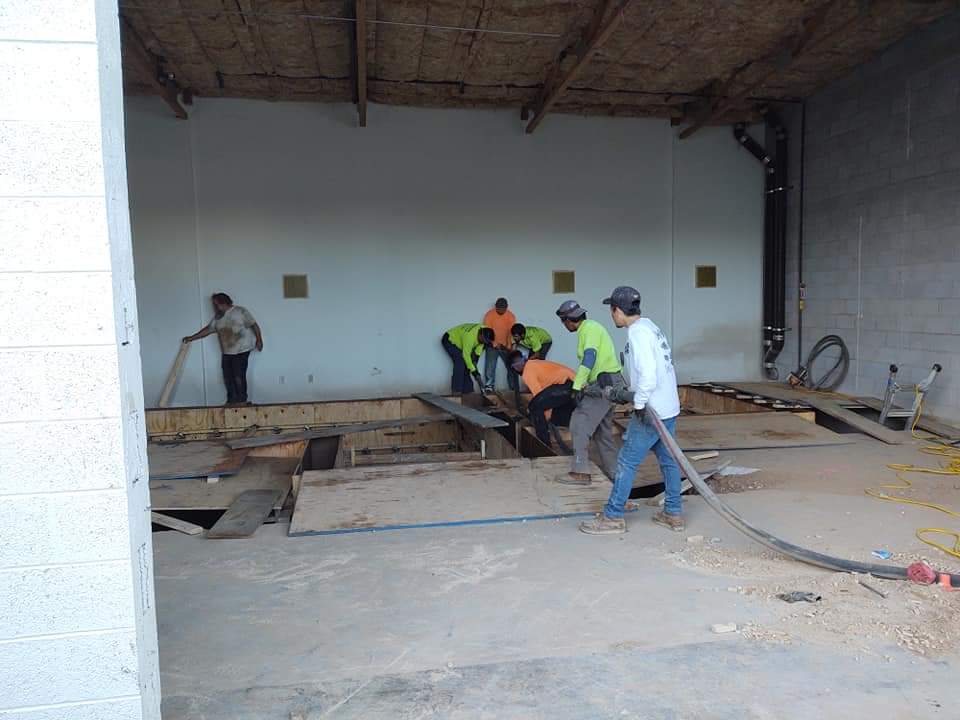 What exactly is Concrete Pumping?

A concrete pump is a tool for conveying liquid concrete.


Over a period of more than half a century, concrete pumps have slowly taken over from other methods of transferring liquid concrete. A number of different designs of concrete pump were developed in the first half of the 20th century but it was Friedrich Wilhelm Schwing's company Schwing GmbH which invented the twin cylinder hydraulic concrete pump in 1957. The principle of this design was adopted by almost all other manufacturers and is still the worldwide standard design.

The pump works by one piston drawing liquid concrete into a cylinder from a hopper while the other one simultaneously pushes its concrete out into the discharge pipes. A valve which determines which cylinder is open to the concrete hopper and which one is open to the discharge pipes switches over each time the pistons reach the end point and the process continues with the first cylinder now discharging and the second drawing fresh concrete from the hopper.

The Concrete Pump was particularly important in revolutionising the construction of large high rise buildings. Previously cranes had been employed to lift large buckets (or skips) full of concrete up to where it was needed. A crane could lift one bucket at a time, normally holding around 2 cubic yards of concrete.

There are many advantages in pumping concrete over this bucket and crane system. As well as being able to pump concrete much faster than buckets could lift it, it also means a constant supply of concrete to the top and the placing hoses can be positioned wherever they need to be so the liquid concrete can pour straight out of the hose where it's needed rather than having to distribute a two cubic yard mound of concrete over the desired area.

Advantages of concrete pumping over lifting it up in skips via a crane:

Mobile Pump
A Mobile Concrete Pump, also known as a Truck Mounted Mobile incorporates both a concrete pump and a placing boom mounted onto a truck chassis. Mobiles come with booms ranging from less than 20 metres to ones which can reach heights of over 60 metres. The advantage of a mobile pump is that it can turn up at a job and be pumping concrete very quickly to anywhere within the range of the boom. This makes mobile boom pumps very popular on the widest range of construction projects, being able to pump at very high volumes quickly to wherever concrete is needed with minimum labour requirements.

Stationary Pump
A Static Concrete Pump, also referred to as a Stationary, Line Pump or Trailer Mounted Concrete Pump is mounted on a trailer and requires separate pipeline to be attached reaching to wherever the concrete needs to be placed. The pipeline is a series of steel or rubber pipes, known also as concrete placing hoses, linked together and manually attached to the outlet of the pump. The other end of the pipe could either be attached to a Separate Placing Boom, allowing the concrete to be placed with precision quickly over a wide area or it might just finish with a rubber placing hose for manual placement. A Static Pump needs to be towed or separately transported to jobs.

The advantage of a static pump is that the pipeline can be long so that the actual pump can be very far away from where the concrete is being placed; maybe hundreds of metres below or even kilometres away. This makes static pumps essential for tunnelling work and high rise constructions. Static Concrete pumps come in a far greater range of capacity than those used on Mobile pumps. From smaller pumps ideal for residential and low rise work right up to the SP8800 which can reach pressures up to 243 bar and pump over 100m³ per hour. It is a middle of the range SP4000 which holds the World Record for pumping concrete to the highest vertical distance. (The job also included a horizontal component of over 1km.) A pumping distance has yet to be found which cannot be done by a Schwing pump.

Truck Mixer Concrete Pump
Another aspect of concrete placement is the supply of concrete. Both Mobile and Static Pumps have a large hopper to receive concrete from a truck mixer. However Schwing Stetter offers a mobile product which also carries a supply of concrete with it. The Fahrmischer Beton Pumpen (truck mixer concrete pump) combines not only a pump and boom but also the concrete storage and transport in the form of a mixer truck, all in one package.

Home | About Us | Delivery Services | Pumping Services | Community Work | FAQ | Reviews | Contact Us | How much concrete do I need?